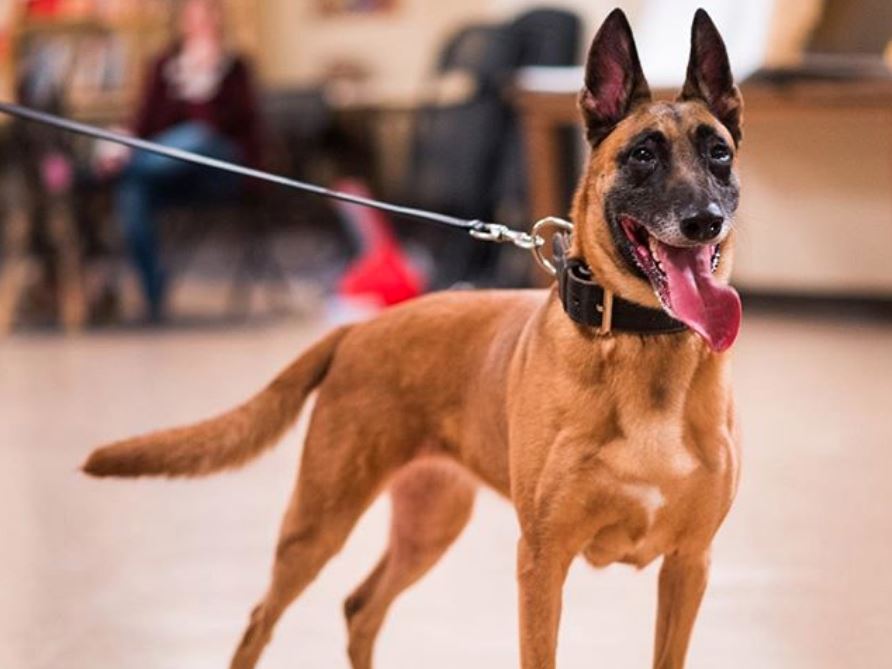 I was training a Bernese Mountain dog at the park the other day—a first session with a new client—when a woman came up to me and said, “Can’t you see that dog’s tail is going down whenever you walk it? Don’t you know that means it’s feeling anxious and unhappy?”

I was taken aback that she interrupted what was obviously a training session and tried to cut the conversation short. However, I found out that she’s what I call a “fanny pack trainer,” a so-called positive trainer that never leaves the house without High Value Food Rewards. (You wouldn’t believe how many of these people interrupt sessions with clients, which is completely unprofessional and rude.)

The big problem is that she was wrong. She was not seeing what she thought she saw. The little she did see wasn’t enough to evaluate the dog’s psychological state.

Dogs’ tails signal a variety of things, not just happiness or sadness. This is a gross oversimplification. When a dog does a new thing, it’s perfectly normal for the tail to drop. The dog in question was dropping her tail on tight turns because she had not developed the confidence to keep her tail up, control her speed, and position her head and body around a corner. It was her first day.

It is okay to have a learning time. Dogs that have never been over hurdles may hesitate until they are sure they can do it. It is a mistake to assume this is anxiety or unhappiness just because their tail is down. It’s just part of the training process. As another example, you’ll see dogs that are coming out of leash pulling and learning how to heel (both circular and controlled) drop their tails. This is because the tail provides balance, and the dog is learning to walk under control, rather than impulse.

Let’s talk about self-control and confidence

Wouldn’t it be great if we could just drive at 100MPH whenever we went? Just floor it and not give a darn what we do? This is basically how a dog that pulls feels. They feel they are in control—and why wouldn’t they be 100% confident that is what they should do? The dog suddenly pulls and lunges for people, even things to pee on. These dogs do not hesitate to pull you down or even drag you. And they do it confidently, and—most often—with their tail up high.

In other words, no one has taught that dog self-control. What I mean is the ability to focus on the handler and perform the behavior that is expected. This can become a real problem, and not just in terms of leash pulling. For example, dogs can become confident that it’s okay to attack the things they fear. This is not the confidence you want. (And distraction-based food methods do nothing to help correct the core problem.)

But let’s say you’re working on an auto-sit, in which a dog automatically sits when its handler stops. A dog on the left side must learn to slow to allow the handler to make a left turn (vice versa for a dog on the right). It might “appear” that the dog is unhappy, but what is actually occurring is that the dog is learning self-control. He or she learns, for example, how to slow and speed up, and how to walk gently and loosely on the leash. When they get it, they GET IT! And with absolutely zero exception, they KNOW they’ve got it, and they are proud of themselves. This is the right kind of confidence.

The pitfalls of depending only on tail position

You simply cannot look at tail position in isolation and think you know how that dog feels or what it is capable of doing. Dog’s tails definitely go up and down and this behavior is a moment-by-moment occurrence. And it can vary dramatically by dog. Some dogs raise their tails high to show dominance, some dogs’ tails are wagging and happy and then they instantly attack another dog or a human. Some of the most confident dogs make no effort to carry their tail high.

Yes, a raised tail is a sign of confidence most of the time, but is it the confidence you want? I want my dogs to be confident in their self-control than confident that they can do whatever they want.

Yes, a tail down can mean a dog is scared, nervous, and unsure. But it can also mean a lot of other things, like they’re learning something new, or even that they’re super relaxed. And in the case of unsure dogs, building confidence through self-control can help liberate them from their fear. I see this over and over again.

And it’s not just tails, either

Have you seen all those so-called guides on the internet that show a picture of a dog and then tell you what that dog is feeling? Again, this is a gross oversimplification of canine behaviors. It’s like assuming that if someone smiles, they’re happy. In fact, smiles can mean lots of things.

Like tails, these guides might have a kernel of truth. But the reality is much more nuanced. It depends on the breed, on the individual dog, and on the situation. Understanding how one dog’s feelings differ from another’s and being able to identify root cause is what separates the amateurs from the professionals in dog training.

Let me give you another example. I have been training a lovely Akita pup named Hilda this year. Hilda is a powerful girl and very sure of herself. She is also a lover; she loves to rub, lean, cuddle, kiss, and be close. She is a normal, loved, well-trained dog. If she leans into her handler for a cuddle, does this mean she’s fearful or insecure as many positive trainers would tell you? Absolutely not. Hilda leans on her mom often when no training is going on. She just loves being close and could not be happier.

Don’t get sucked into this garbage

The person who interrupted us may have meant well. The thing that I find frightening is that she positions herself as an expert, when it’s clear she’s not. I don’t want to say that all positive trainers are the same, but we see a trend. Our typical client comes to us after six or more positive trainers. There are many reasons for this, which I will address in later posts, but a big one is an inability to look at canine behavior beyond the Doggy Signals 101 cheatsheet, and to “humanize” the dog by assigning emotions to them that aren’t there.

Both the dogs I mention here are under a year old. They are happy, well-adjusted, loving dogs. A typical positive trainer’s reaction with the Bernese Mountain dog would be to try to “reward it” out of its so-called “anxiety” with food. The result is that the dog wouldn’t develop self-control or the right kind of confidence. There would be no heeling or auto-sit, much less a solid recall. Chances are, the dog would just continue pulling, and then they would stick it in a Gentle Leader or a Halti and call it trained. We have many people who come to us after having spent a lot of money on so-called positive training, and their dog can’t do a simple sit without a treat.

Simplistic signal reading would have led to the same issues with the Akita, creating a cycle of feeding treats to try to either reduce anxiety and fear (that is actually simple affection). Again, the dog would find itself in a Gentle Leader or a Halti, and when those didn’t work, a choke chain (don’t be fooled—many positive trainers use them for “difficult” dogs.) On a side note, it is also possible that without learning self-control, the Akita could end up dog aggressive.

Does any of this sound familiar?

There is an alternative. Whether you have a new puppy, or you’ve been on a rollercoaster ride with uneducated trainers like the one in this article, we can help you turn your dog into the confident, well-behaved, and most importantly, LOVED rock star he or she wants to be.